I did a lot of research about that topic a few years ago.

Should I keep using Ionic? Should I switch to native apps? Should I start working with an hybrid framework like React Native or Xamarin?

After 5 years of working with Ionic daily, I feel pretty confident about the answer that I'm about to give you:

Wait... that's kind of anti-climatic... I guess that you were expecting something else...

So let's talk about Ionic and its limitations!

For those who wouldn't know (what are you doing here?!), Ionic is a set of tools used to build iOS and Android applications... by creating web apps.

With Ionic you'll just create a web app that is shipped as a mobile android/ios app.

But in the end, it's just... a web app that looks like a mobile app.

And all those points are... really amazing.

But it comes with two major drawbacks:

So, if I consider all those points, I guess that the summary would be that for 95% of your needs, Ionic will be amazing enough.

You can create a fully working app doing whatever you want in just a few hours!

BUT there are two situations where you would want to avoid Ionic and prefer a native/hybrid solution :

Each step in the opposite direction of the default Ionic Android/iOS design will make the development more complicated.

Ionic is amazing, but on the performances side, if your app is "complicated" and if your code is not perfect, your users will start to feel it in your app.

Of course it doesn't mean that Ionic won't work :

In the end, for 95% of your needs, Ionic is an amazing technology.

But for those 5% giant app projects that want custom look and big performances, you might want to prefer native or hybrid frameworks.

Damn, I start to have flashback about C# vs C++ big talks. Time to go, hope it was helpful! 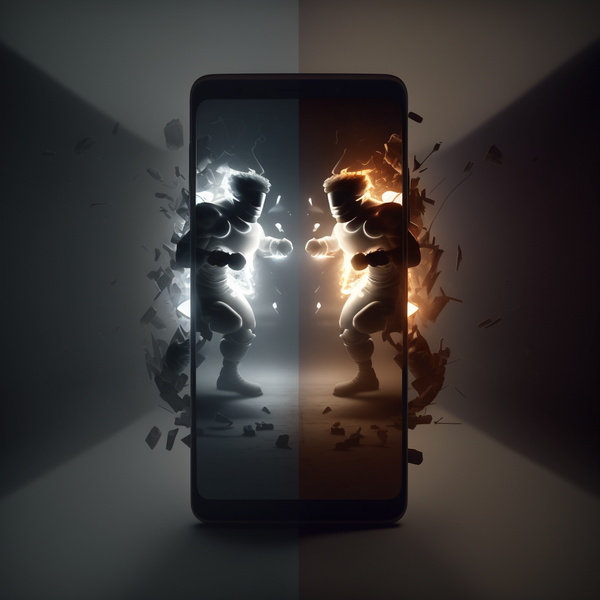 When I created my last app, "daily baby care" (an app for my wife and I, to track our 3 months infant meals & naps), I wanted to add a button in the app to force the light/dark theme. Something like this: So how would it work? Well, by default,

When you create a new Ionic app, there is a dark theme by default. On most of my apps, I used to remove it by default. I'm not a big fan of the dark themes as they make everything harder to read... But on my last app, I wanted to

Hey dear humanoids, how are you doing today? You're probably wondering what you're doing here, right? Let me introduce myself. I'm Tommy, aka. HowTommy. I'm a 36yo senior software engineer and tech animator, former Scrum Master, working in a dev company in Lausanne, Switzerland. And also... I blog about tech,